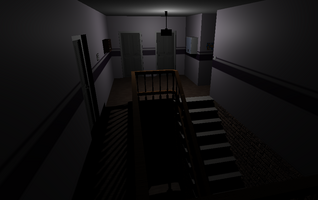 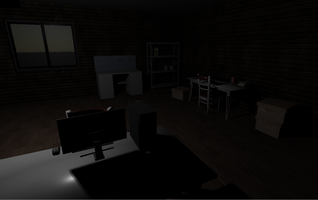 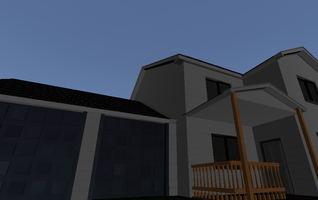 Last night I finally got to publish the newest version of the game! This update is pretty significant, and a lot of aspects are improved. I've been working hard to get this update out as the game has gained more and more traction.

Some of the features include:
-A lobby finder used to easily join other peoples games. People can host public games so random people can join and play together.

-Complete rework of the game area. The old house has been scrapped to make space for a new, bigger house with more rooms and two floors. The ghost hunters start the game inside the garage in which they have all their equipment and is safe from the ghost.

-Brand new ghost mechanics. Instead of passively gaining energy, the ghost has to search for energy orbs to pick up. They can then spend the energy for several different interactions. The ghost can turn off lights, drop pictures, throw objects around, and make paranormal sounds to scare the ghost hunters. By scaring players, the ghost increases the chance for red energy orbs to spawn. These are picked up to start ghost hunts, where the ghost has 20 seconds to attack and kill the hunters.

I hope this update is enjoyable. If there are any features you want in the game, or just want to give some general feedback, don't be afraid to write a comment :)